The Port of Stewart is the most northerly ice-free port located in one of the most mineral rich regions in North America.

As Canada’s most northerly ice free port, Stewart is ideally located at the end of the Portland Canal and has paved access to British Columbia and Alberta. The location provides up to a full day advantage to Asian markets over southern ports and has favourable climate, low winds, and good anchorage.

The economy of Stewart is supported by a varied range of industries including logging, mining and mining exploration and is destined to become a major port for distribution of ore and logs. Stewart offers a paved highway to major transportation routes, a salt water port which supports a barge terminal and bulk commodity loader. The Portland Canal is a mere 80-90 miles from the Pacific Ocean allowing ore and log ships to come from all over the world. Stewart also possesses an excessive amount of hydro power available for industrial use.

Minerals - Stewart is Northwest BC’s gateway to the mineral rich North West region of BC and eastern Yukon.  No other BC port combines Stewart’s logistical advantages and mineral shipping facilities. 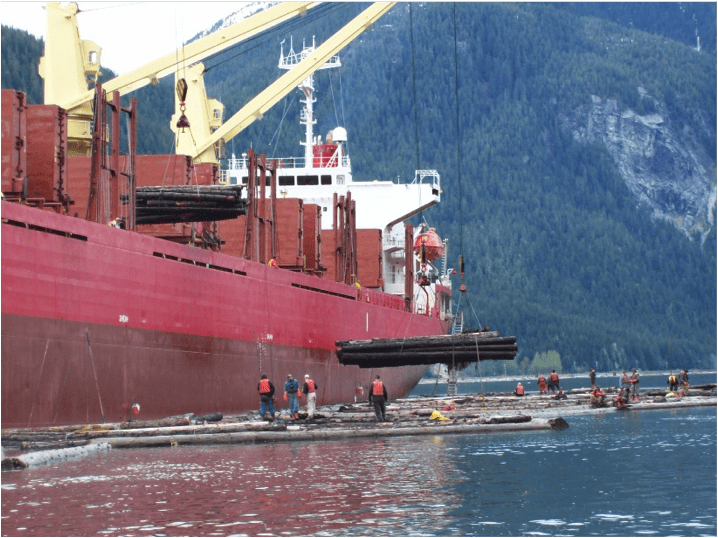 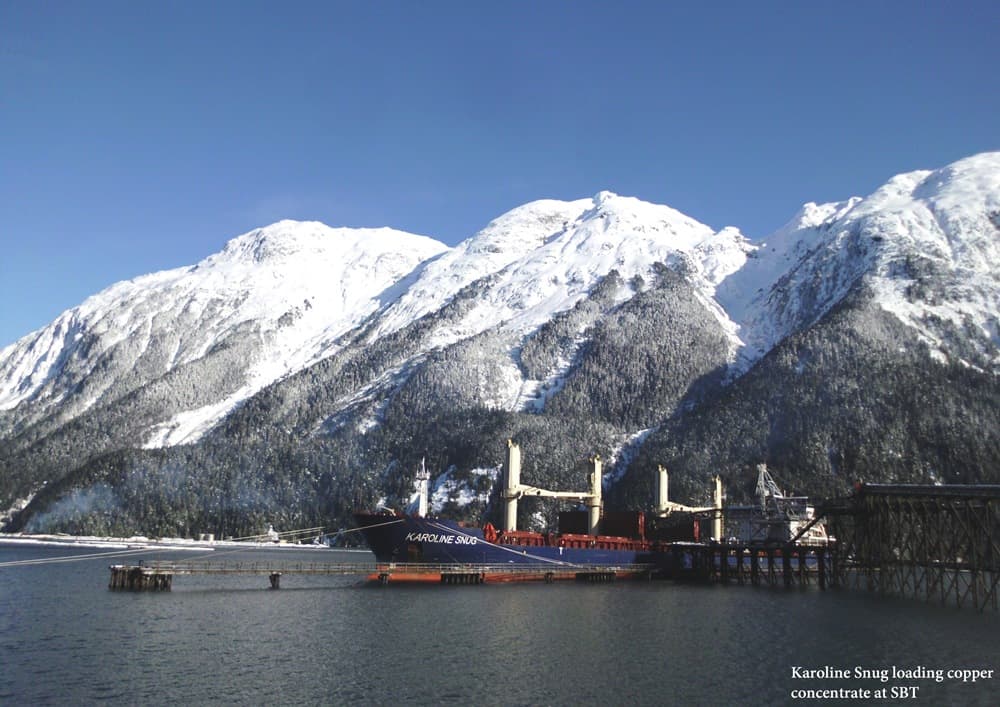 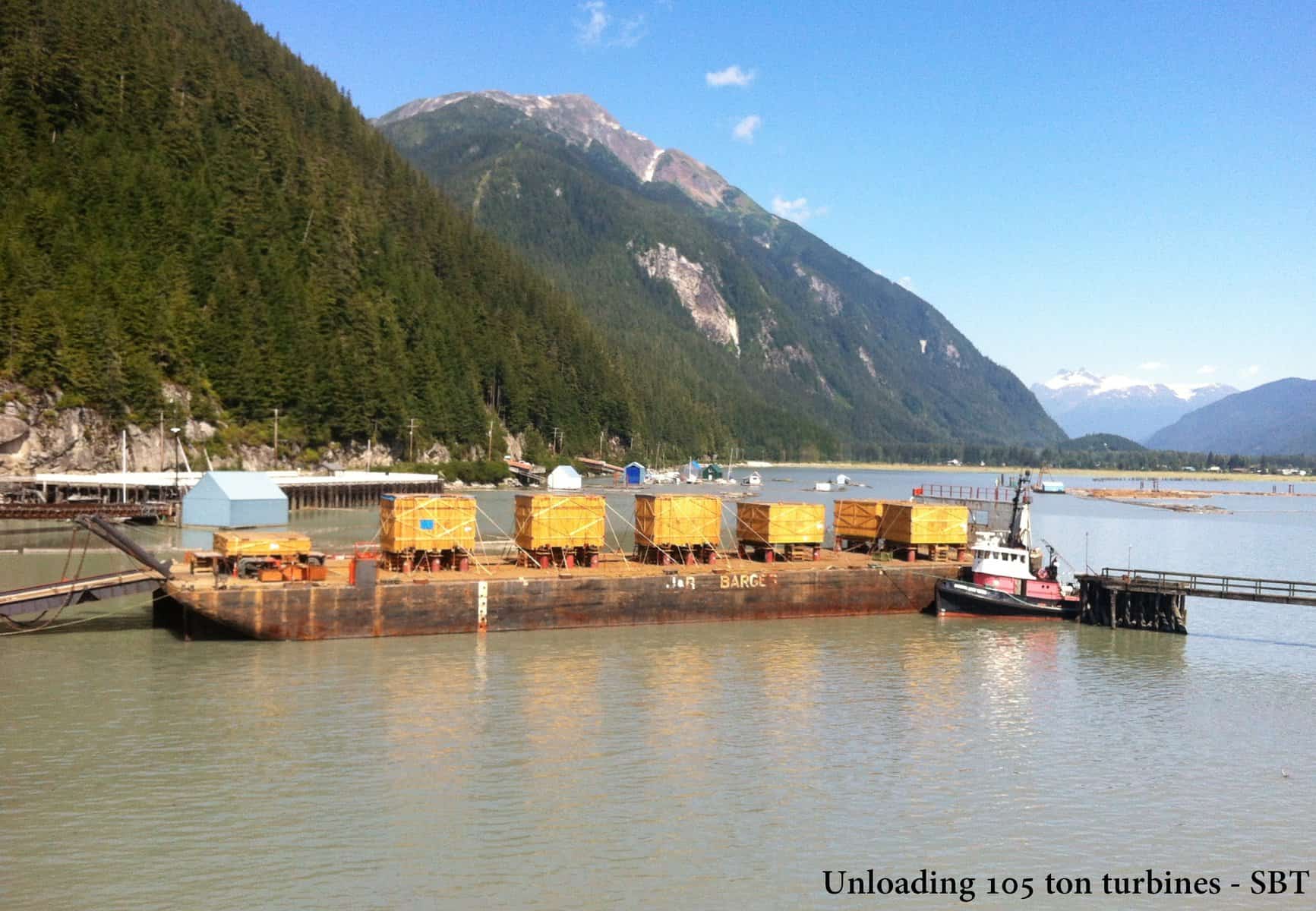 A Canadian Environmental Assessment permit has been obtained and opportunities exist to expand the terminal by construction of a 1.84 hectare sheet pile wharf expansion, to increase storage space and offer ship side loading and unloading.

Stewart World Port is a Canadian company dedicated to responsible port development, management, and operations in Stewart, British Columbia. The multipurpose port facility is located at the end of the Portland Canal two kilometers south of the town of Stewart and is strategically located in one of the most mineral rich areas of North America, within the Golden Triangle.

Stewart World Port’s modern facility has been constructed to the highest environmental standards and offers the latest in loading and storage technology to ensure customer cargo is handled efficiently and effectively. The deep sea wharf is capable of berthing handymax and panamax vessels. Customers include mining, forestry, oil and gas, and project cargoes. Outbound cargoes include bulk mineral concentrates, wood chips and pellets, LNG, and coal. Inbound cargoes include mine resupply, pipe, modules, cement powder, project supply and equipment, and fuel. Combined the port has 100 acres of laydown.

The first two phases of construction were successfully completed by Arctic Construction Ltd. Phase III construction is designed including concentrate sheds, conveying systems and a shiploader. The designed shiploader offers a 3,500tph load out rate.

Stewart is ideally located at the end of the deep water Portland Canal and within one of the most resource rich areas of North America. As Canada’s most northerly ice free port, Stewart has paved access to British Columbia, Alberta, Saskatchewan and the Yukon. The port provides companies with a viable shipping alternative, up to a day and a half advantage to Asian markets over southern ports, favourable climate, low winds, and excellent anchorage. The facility’s convenient location allows truck traffic from the port to bypass the town.

The breakbulk wharf is open and operational, accepting all manner of RORO and break bulk cargo. 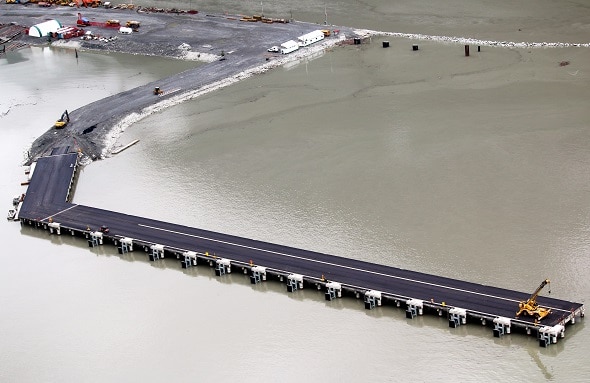 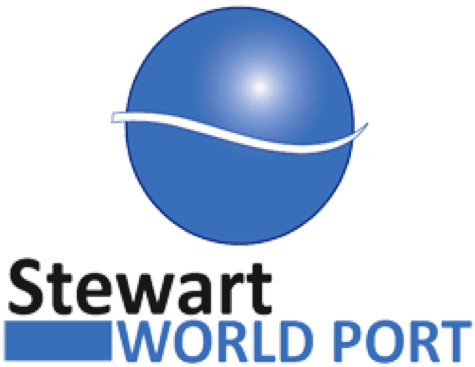